And…just in case you weren’t feeling old enough, this will certainly change things.

Each year the staff at Beloit College in Wisconsin puts together a list to try to give the faculty a sense of the mindset of this year’s incoming freshmen.

Do you feel old yet?

A young person asked the other day “What was your favorite fast food when you were growing up?”

I answered “We didn’t have fast food when I was growing up.  It was all slow.”

“C’mon, seriously” he continued,  “Where did you eat?”

I sighed that older person’s sigh and answered “It was a place called home.”

To clarify, I told him “Mom cooked every day and when Dad got home from work, we sat down together at the dining room table.”  I further explained “And if I didn’t like what she put on my plate, I was allowed to sit there until I did!”

By this time, the kid was laughing so hard I was afraid he was going to suffer serious internal damage, so I didn’t tell him the part about how I had to have permission to leave the table.

Here are some other things I would have told him about my childhood if I figured his system could have handled it:

Some parents NEVER owned their own house, wore Levis , set foot on a golf course, travelled out of the country or had a credit card .

My parents never drove me to school. I had two good legs and at one point a bicycle that weighed probably 50 pounds, and it only had one speed -S L O W

The first television in our house was, of course, black and white, but there was a screen we could put on it that turned the sky blue and the grass green.  The 3 stations we had went off the air at 11, after playing the national anthem. It came back on the air at about 6 a.m. and there was usually a locally produced news and farm show on, featuring local people.  The only stuff worth watching was on Saturday mornings and Sunday nights.  Period!

I never had a telephone in my room. The only phone was on a party line and before you could dial, you had to listen and make sure some people weren’t already using the line.  If so, you’d hang up and wait.  Or if you were like me, you’d listen 😉

Pizzas were not delivered to our home… But milk was.

All newspapers were delivered by boys and all boys delivered newspapers.  My brother delivered a newspaper, six days a week before school and on Saturday.

Movie stars kissed with their mouths shut. At least, they did in the movies!  There were no movie ratings because all movies were responsibly produced for everyone to enjoy viewing, without profanity or violence or most anything offensive .

Another memory (that, according to this generation, prove I’m older than dirt!)

Have you ever seen a cola bottle with a stopper with holes in it and wondered what it was?  Did you ever see your mother or grandmother iron and see them use it?  If yes, you are as old as dirt too!  If not, you’ll have no idea.  I’ve heard kids guess it was a homemade salt shaker.  Wrong.  It was to sprinkle water on clothes that were being ironed.  They didn’t have steam irons, so they made their own!  I got a steam iron when I got married, but before then?
Sprinkle Sprinkle Sprinkle!

How many do you remember?  Count all the ones that you remember, NOT the ones you were told about  (Ratings at the bottom) 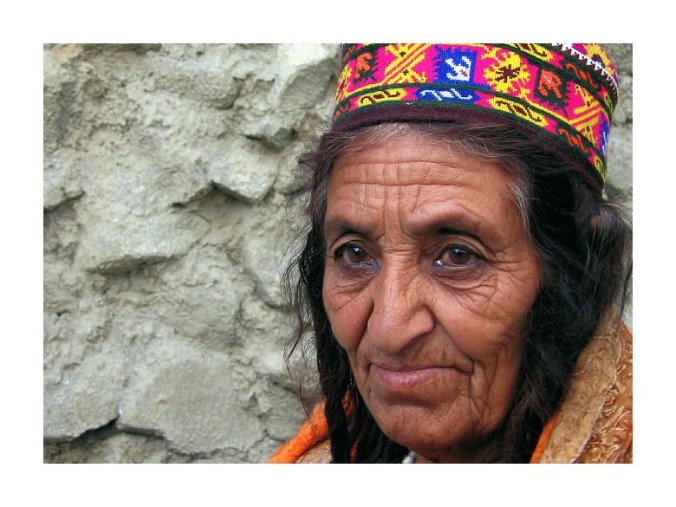 A 65 year old woman had a heart attack and was taken to the hospital.
While on the operating table she had a near death experience.
Seeing God she asked “Is my time up?“

Upon recovery, the woman decided to stay in the hospital and have a face-lift, liposuction, breast implants and a tummy tuck.

She even had someone come in and cover her grays and brighten her teeth! Since she had so much more time to live, she figured she might as well make the most of it.

After her last operation, she was released from the hospital.
While crossing the street on her way home, she was struck and killed by an ambulance.
Arriving in front of God, she demanded, “I thought you said I had another 33 years? Why didn’t you pull me from out of the path of that ambulance?“
?
?
?
?
? 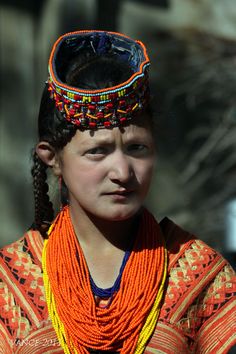 God replied: “I didn’t recognize you“

***
The lesson here?
Easy…she should have worn her hearing aids!
😉
Save a life…support your local Audiologist 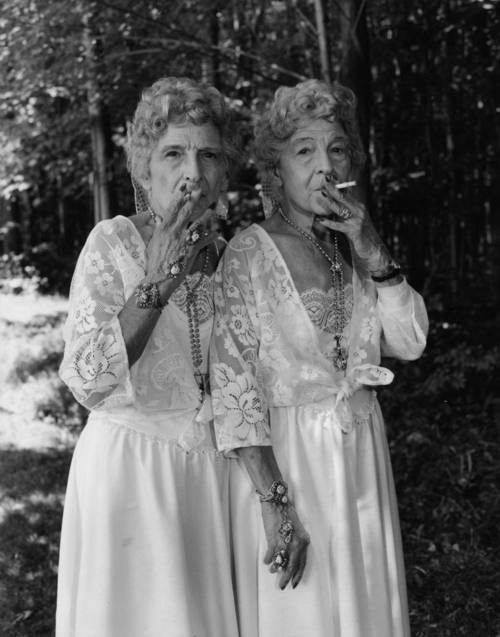 Jane and Arlene are outside their nursing home, having a drink and a smoke, when it starts to rain.

Jane pulls out a condom, cuts off the end, puts it over her cigarette, and continues smoking.

Arlene:- What in the hell is that?

Jane:- A condom. This way my cigarette doesn’t get wet.

Arlene-: Where did you get it?…

Jane:- You can get them at any pharmacy.

The next day, Arlene hobbles herself into the local pharmacy and
announces to the pharmacist that she wants a box of condoms.

The pharmacist, obviously embarrassed, looks at her kind of strangely
(she is, after all, over 80 years of age), but very delicately asks what
size, texture, brand of condom she prefers.

‘Doesn’t matter Sonny, as long as it fits on a Camel.’

My posts have been rather heavy of late (my Mother said I had a toilet mouth!) so I think it’s time to lighten things up.  Let’s see…one sec while I rummage through my email funny file.  Ah Ha!  Got one I think you might like and though I have to resort to using my toilet mouth a time or two…it’s gotta be real.  Ya know?

They always ask at the doctor’s office why you are there, and you have to answer in front of others what is wrong and sometimes it is embarrassing. There is nothing worse than a Doctor’s Receptionist who insists you tell her what is wrong with you in a room full of other patients.  I know most of us have experienced this, and I love the way this old guy handled it…
A 65-year-old man walked into a crowded waiting room and approached the desk.
The Receptionist said, ‘Yes sir, what are you seeing the Doctor for today?’
‘There’s something wrong with my **penis**’, he replied.
The receptionist became irritated and said, ‘You shouldn’t come into a crowded waiting room and say things like that. ‘
‘Why not, you asked me what was wrong and I told you,’ he said.
The Receptionist replied; ‘Now you’ve caused some embarrassment in this room full of people. You should have said there is something wrong with your ear or something and discussed the problem further with the Doctor in private.’
The man replied, ‘You shouldn’t ask people questions in a roomful of strangers, if the answer could embarrass anyone.’
The man walked out, waited several minutes, and then re-entered.
The Receptionist smiled smugly and asked, ‘Yes??’
‘There’s something wrong with my ear,’ he stated.
The Receptionist nodded approvingly and smiled, knowing he had taken her advice…
‘And what is wrong with your ear, Sir?’
‘I can’t piss out of it,’ he replied.
😳
The waiting room erupted in laughter…
Mess with seniors, and you’re going to lose. 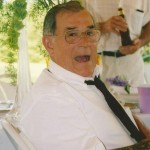 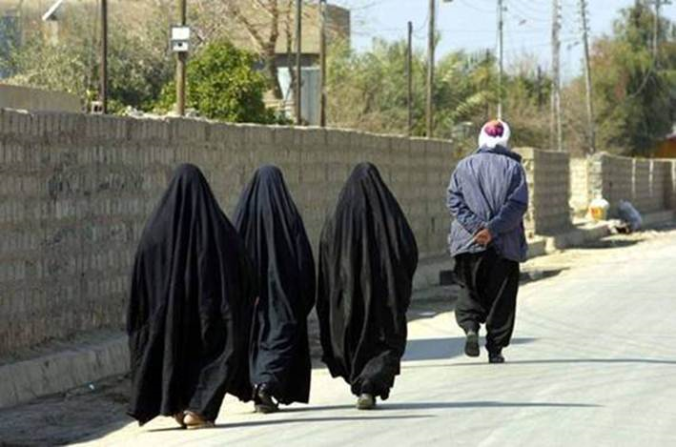 Barbara Walters, of 20/20, did a story on gender roles in Kabul, Afghanistan, several years before the Afghan conflict.

She noted that women customarily walked five paces behind their husbands.

She recently returned to Kabul and observed that women still walk behind their husbands.

Despite the overthrow of the oppressive Taliban regime, the women now seem happy to maintain the old custom.

Ms Walters approached one of the Afghani women and asked,

‘Why do you now seem happy with an old custom that you once tried so desperately to change?’
The woman looked Ms Walters straight in the eyes, and without hesitation said,

I’ve been MIA for a while, having traveled to Vermont to spend some time with the folks, and since, have decided to stay another couple weeks…so, I thought I’d share a little quirky quickie so you don’t COMPLETELY forget me  😉

A husband went to the police station to file a “missing person” report for his missing wife:

Husband : I lost my wife, she went shopping & hasn’t come back yet.

Inspector : What is her height?

Husband  : Not slim, can be healthy.

Husband  : Changes according to the season.

Inspector : What was she wearing?

Husband : Not sure whether it was a dress or a suit.

Inspector : Was she driving?

Inspector : Tell me the number, name & color of the car?

Husband : Black Audi A8 with supercharged 3.0 litre V6 engine generating 333 horse power, teamed with an eight-speed tiptronic automatic transmission with manual mode.  And it has full LED headlights, which use light emitting diodes for all light functions and has a very thin scratch on the front left door.

(And then the husband started crying…)

Hope you are all doin’ fine!

Our bus stopped and 2 Italian men got on.
They sat down in the seat in front of me and engaged in an animated conversation.

I ignored them at first,
But my attention was galvanized when I heard one of them say the following:

“Emma come first.
Den I come.
Den two asses come together.
I come once-a-more!
Two asses, they come together again.
I come again and pee twice.
Then I come one lasta time.”

I can’t take it anymore…
“Hey, you foul-mouthed sex obsessed pigs!”  I retorted indignantly, hissing between my teeth.
‘In this country, we don’t speak aloud in public places about our sex lives!”

“Hey, coola down lady,” animatedly exclaimed the one.

“Whooza talkina about sex?” asked the other, looking completely perplexed.

“I’m a justa tellina my frienda how to spell Mississippi” the first cried, looking at me like I had two heads.

Bet ya a buck you’re going to read it again!