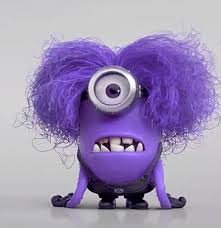 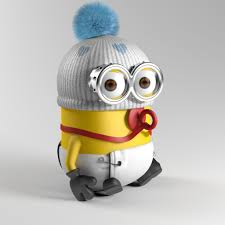 Do NOT let that innocent face fool you!

Damien declared the war of Two Ought One and Four was not over.
He was now spearheading the charge. 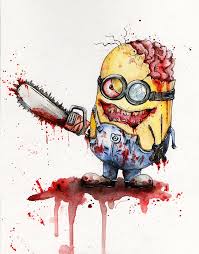 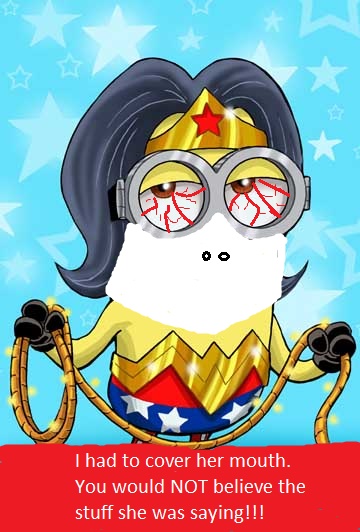 WW ready to kick some ‘service’ ass and take some names… 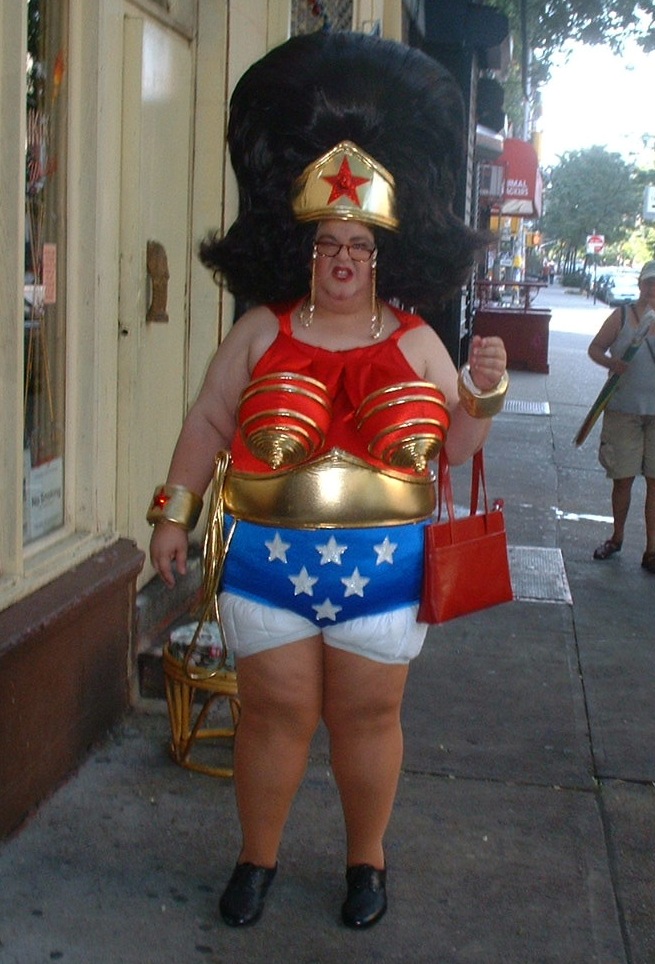 I know she’s not a minion,  but I could NOT resist!  Could you?

Alright…that brings us to right here and right now…

So
How DOES a mad as hell Wonder F-Ugly end up Whistlin’ Dixie?

(She puts her lips together and blows, silly)

After she hangs up the phone from the conversation with the Mini Service Manager, as follows:

Manager: I have some news.

Me: Yeah, so I was expecting.

Manager: He looked at the engine.

Me: Right. That’s what he was there for.

Manager: He said it was a broken Tensioner.

Me: Yeah, you told me that already. Were you unsure?

Manager: No, he just confirmed it.

Manager: He agreed the engine needed to be replaced.

Me: I thought you had NEWS? (Not OLDS!) You already told me that.

Manager: I also told you in my experience, they would not pay for it.

Me: Yeah, I didn’t forget that part.

Manager: They agreed to cover it.

Manager: Yes. They were going to cover a ‘used’ one but we ran the numbers an
it was within a couple hundred for a new one, so you’re getting a new one.

Me: I’d have gotten a new one anyway, but go on.

Manager: They are paying me directly, so all you have to cover is the new battery
and turbo oil line, which are not covered.

Me: You do know both the battery and that oil line were replaced last year?

Manager: Yes, but since you’re getting a new engine, we don’t want to screw around with old parts.

Me: Ok. How much are the two replacements?

Me: Really? No other car can use it?

Manager: Well, not exactly, but this one’s housing and stuff are made specifically
for Mini.

Me: Ah, I see. (You guys figure since I’m getting a new engine paid for I may as well just suck up a 300 percent mark up on a battery.)
Well, that’s good news anyway.

Manager: I need to order the engine, and once it’s in, we’ll need a few days. You
may be able to get the car by Wednesday.

Me: Actually, I’ll be able to get the car when I can get a ride to Hartford and not before.

Me: I’ll wait for that call. 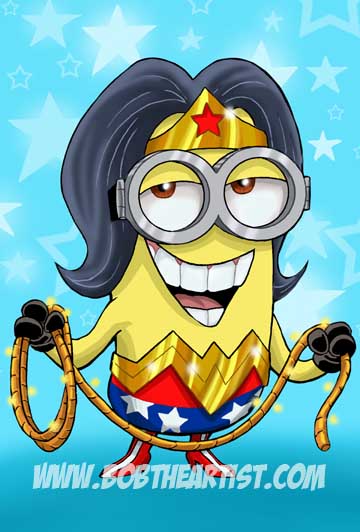 thanks for the cartoon bobtheartist.com

And pay attention Girlies (and Nerdies too)…
It pays to let people (especially people ‘helping’ you) that you’ve done your homework.
It’s good to let them know that you know that they know that they are hiding/lying to you and you know it.

23 thoughts on “Is That Wonder Woman Whistlin’ Dixie?”